Final Year Student Drinks Sniper Because His Girlfriend Dumped Him

on September 07, 2018
A 22-year-old final year student has reportedly committed suicide after his girlfriend dumped him. 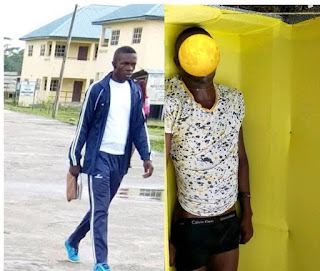 Reports gathered that Diriyai Prince Daniel, who is a student at Isaac Jasper Boro College of Education, Sagbama, Bayelsa state, drank sniper on Tuesday, 4 September 2018 after he had a clash with his girlfriend.

Prince, who is said to have been the only son of his father, died after the bottle of sniper damaged his lungs and other major parts of his intestines.

The estranged girlfriend is also a final year student from the same school.

Prince was buried on the 4th of September 2018 at his hometown, Kaiama local government area of Kwara state on the same day he died.
general Love News relationship Student SUCIDE