"In Less Than 32years, 45% Of The World's Poorest Population Will Live In Nigeria & Congo"

on September 18, 2018
EXCEPT the world rallies to the rescue, at least 86 per cent of the world’s extremely poor will be resident in sub-Saharan Africa by 2050, less than 32 years from now and half of them will be from Nigeria and Congo Democratic Republic. 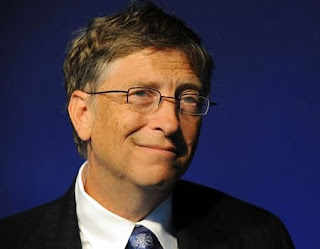 Already, more extremely poor people reside in Nigeria than in any other country of the world and it is projected that by next month, Congo would have overtaken India, becoming second.

In the introduction to the 50-page 2018 Goalkeepers Report, Bill Gates, Chair of the Bill and Melinda Gates Foundation to be released next week said: “the conclusion is clear: To continue improving the human condition, our task now is to help create opportunities in Africa’s fastest-growing, poorest countries.”

In a conference call with reporters early on Tuesday, Gates declared “the world has done a great job on many issues the foundation was working on.

“For example, the extreme poverty number came down by a billion over the last 20 years, and interestingly, if you look at the world as a whole, the actual number of births in the world is quite flat.

“But underneath that, you’ll see there’s a shift of the birth from some of the richest countries into a lot more of more developing countries.

“So you actually have a lot of population growth in Africa even though the globe as a whole, the growth isn’t that dramatic.”
Gates had earlier this year, advised President Muhammadu Buhari during a visit to Nigeria to invest more on human capital development.

During the chat with reporters on Tuesday, he emphasized the need to focus on human capital development like education, health sanitation and family planning.


“The particular challenge of the population growth in Africa leads to a simple idea that the world should help Africa invest in its human capital and that means both the health and education of this young generation coming up in Africa,” he declared.

The Gates Foundation’s primary focus is tackling the major health challenges of the developing world—eradicating malaria, HIV, tuberculosis, pneumonia, and the diarrheal diseases that still sicken and kill many children, despite the enormous progress that’s been made so far in preventing infections.

They insisted Africa’s youth, “are the activists, innovators, leaders, and workers of the future,” with their blueprint for tapping into this giant reservoir of human capital focuses on four key areas of health, education, sanitation and family planning.