on September 15, 2018
The Independent National Electoral Commission (INEC) has banned the use of mobile phones by voters and other duty officials at polling units during elections, beginning with the September 22 governorship elections in Osun State. 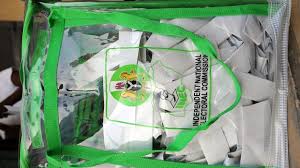 Chairman of the commission, Prof. Mahmud Yakubu, said the decision was a deliberate measure to put a stop to the menace of vote buying, which he said was threatening the country’s democracy.

Speaking at a sensitisation event in Abuja, yesterday, Yakubu explained: “In most cases, you see people vote and snap the ballot paper to show to party agents that they have voted as evidence to be paid.” This, he said, can no longer be tolerated.

The INEC boss said the present leadership of the commission has been more transparent than what obtained 10 years ago and would never degenerate to the level of condoning any form of electoral mal practices in any way.

Yakubu noted that the deployment of Information Communication Technology (ICT) has helped reduce electoral fraud, saying most infractions take place before the conduct of elections and at polling units, with the support of politicians.

INEC, Yakubu assured, would use the Osun State governorship election as a test case against vote-buying, vowing to partner with the security agencies to make arrests and prosecute defaulters to serve as a deterrent to others.

At the occasion, the recently-elected Chairman of the Inter-Party Advisory Council (IPAC), Mr. Peter Ameh, noted that the menace of vote-buying was putting credibility questions mark on elections.

Other participants, including civil society groups and non-governmental organisations, attributed the worrisome trend of vote-buying to poverty and hunger.