on September 12, 2018
A man born without a penis has finally lost his virginity at 45 after living all his life as a virgin. 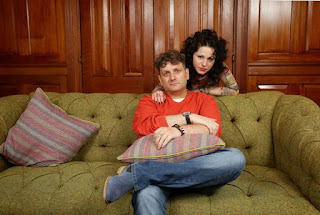 Andrew Wardle has a new £50,000 bionic manhood and a 10-hour operation to thank for his new feat.

Scientists had created the bionic manhood using skin from his arm.

Wardle, who lives in Greater Manchester, was fitted with the device at London’s University Hospital. Using a button to pump it, Wardle and his girlfriend, Fedra Fabian, had a 30-minute intercourse and the 45-year-old is delighted with the result.

Speaking in a The Sun Uk report, Wardle described the session as “fantastic. After all Fedra and I have been through, it’s the cherry on the cake”, adding that he hopes to be a dad one day.

Following his surgery, Andrew had to walk around with an erection for 10 days – and faced another six weeks until he could put it into action with girlfriend Fedra, 28.

Now Andrew, who uses a button in his groin to inflate the organ with saline fluid through a valve in his scrotum, told The Sun he was delighted with his“ridiculously big” new penis.

“Fedra had booked a romantic trip to Am­s­t­erdam for my birthday, but I felt that would have been too much pressure.

“I had to test out the function every morning and night and leave it erect for 20 minutes. So one morning, two days before we went away, it just happened. It was nice and natural — and that’s how I wanted it to be.”

Wardle’s new organ is connected to his testicles, leaving a chance that he can have a child one day.

According to reports, Wardle was born with bladder exstrophy. A rare birth defect that means the organ, that usually sits inside the pelvis, is exposed.

Although he has testicles, the condition means he has no penis. Andrew has undergone a string of operations over the last four years to build his appendage, The Mirror reports.

While bladder exstrophy typically affects one in every 40,000 births, Andrew said rare complications with his case only happens to one in around 20 million.

Having spent most of his life doing everything possible to hide his condition, Andrew eventually decided he “couldn’t keep living a lie” so told the world about his plight, including making an appearance on This Morning.

“There was no other road for me to go down, so I thought that instead of telling one person at a time, I’d just tell everyone all at once,” he said.

He has also kept lovers in the dark about his condition – some with disastrous results.

“I was punched in the face once when I told a girl,” he previously told This Morning .
Although the pioneering operation, in which surgeons have used muscle, nerves and skin from Andrew’s arm, marks a new chapter in his life, it hasn’t been an easy journey.

The caterer previously admitted that during his lowest point he tried to take his own life to escape the condition.

He called his sister and ex-girlfriend to say “farewell”. His sister then contacted the emergency services and when police turned up at his hotel, they found Andrew with a knife at his throat, several empty blister packets and alcohol.

But Andrew is now looking forward to the future and has thanked surgeon Mr David Ralph for giving him the chance to get his life back.