on September 21, 2018
Former Enugu North Senatorial Aspirant, under the Peoples Democratic Party (PDP), Chief Chinedu Eya, has offered to sell off his Lagos property worth over 53 million naira to purchase nomination and expression of interest forms for the embattled Governor of Lagos State, His Excellency, Mr. Akinwunmi Ambode, if the Governor will heed his calls to contest 2019 elections under the PDP. 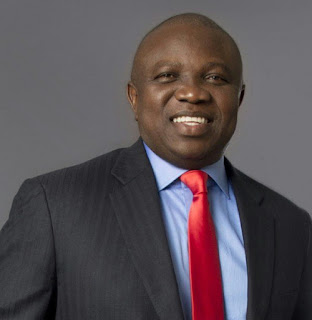 Chief Eya who is also the National Convener of “Why It Must Be PDP in 2019” said he was enraged reading from the Punch Newspapers of 21st September, 2019 where the National leader of the APC, Ahmed Tinubu and the APC executives were mounting pressure on Governor Ambode to step down from office and endorse his opponent, Babajide Sanwo-Olu as the Party’s Candidates, while urging the Governor “to make haste while the sun shines.”

The PDP Chieftain who also noted that the Governor must as a matter of urgency dump APC for PDP to survive the current political turmoil rearing to consume him, hinted that his decision to purchase the Governor’s reelection forms in the PDP, using his building as a bait is to help save Ambode from the gang-up by the the Mandate Movement led by the National Leader of the APC, Asiwaju Bola Tinubu and The chairmen of the 57 councils in Lagos who have already concluded plans to dance on the funeral grave of Ambode’s administration.

Chief Eya said, “Without mincing words, If Ambody accepts the Olive branch my Party, PDP already extended to him to join us and contest under our platform, I will sell off my building valued at 53 million naira, to help him purchase our expression of interest and nomination forms and save him from National disgrace”

“As a politician, this is a gang-up…if you look at the case properly, the question is not about Governor Ambode’s performance, but a clear case of egocentric and egomaniac superiority over the peoples will and interest.”

He further stated that the Governor has nothing to fear about joining PDP as the Party will be willing to clear the route for him and possibly form a consensus that will produce him as the Party’s candidate.

Recall that the governor and Tinubu have been in the news in the past few days because of an alleged rift over the second term bid of Ambode.

Reports also have it that Tinubu had refused to back Ambode’s second term ambition despite pleas by notable people in the state and the country while throwing his weight behind Sanwo-Olu, a former commissioner in the state, who until Sunday formally declared his intention to vie for the Lagos State governorship ticket of the APC.