on September 10, 2018
THE Operation Lafia Dole of the Nigerian Air Force (NAF), has destroyed some facilities of the Boko Haram terrorists, at Bukar Meram and Tumbun Allura on the fringes of Lake Chad in Borno. 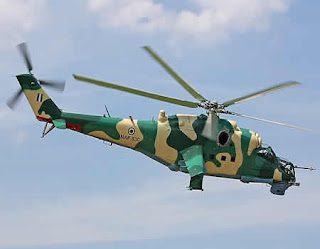 Air Commodore Ibikunle Daramola, NAF Director of Public Relations and Information, disclosed this in a statement on Monday in Abuja.

Daramola who said the operation was carried out on Sunday added that several insurgents were neutralised.

He said the attack at Bukar Meram was conducted based on credible human intelligence reports indicating the presence of some insurgents along with their equipment within the settlement.

“This is subsequently confirmed by successive days of Intelligence, Surveillance and Reconnaissance (ISR) missions.

“Accordingly, the ATF detailed a Nigerian Air Force (NAF) Alpha Jet aircraft and a helicopter gunship to carry out air interdiction at the location,” he said.

Daramola said that the ISR missions had indicated that some terrorists were attempting to regroup at another location in Tumbun Allura, after their bases in the settlement were destroyed on Sept.4.

“Consequently, the identified location within the town was attacked and destroyed by a combination of NAF Alpha Jet and F-7Ni aircraft.


“This is to further ensure that the insurgents are unable to resume, using the settlement as a base of operation,” he stated.

The director of public relations and information said that the NAF, working in concert with surface forces, would sustain the momentum of Operation Thunder Strike 2.

He said the operation was with a view to seeking out and destroying vestiges of the insurgents in the Lake Chad green fringes.
Boko Haram NAF News security