OSUN ELECTION: A MIRROR REFLECTING 2019? ISSUES TO BE ADDRESSED

THE OSUN ELECTIONS: A MIRROR REFLECTING 2019?

The Osun State gubernatorial elections which held on the 22nd of September 2018 was adjudged as considerably free and fair. 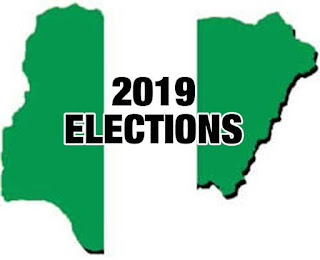 Electorates and election observers duly praised the electoral commission whose officials arrived at the polling units very early even before the official hour of 8.

The electoral commission banned the use of smart phones and other recording devices at polling booths in a bid to curb the menace of vote buying which was rampant in the earlier conducted election of Ekiti. This in fact contributed to the maintenance of the integrity of the electioneering process.

About 17,000 policemen were deployed to the state to maintain security, with each polling unit in the state having about 3-4 policemen. This may be said to have contributed immensely to the maintenance of law and order in the state.

It should however be noted that in relation to the general elections which will be coming up in 2019 and considering the strength of the Nigerian police force(about 370,000), the same police presence as seen in Osun cannot be replicated in each of the 36 states of the federation plus FCT.

Another important area of issue is the number of political parties that presented candidates for the Osun State elections(48) this resulted in unnecessarily long ballot papers, giving voters some kind of strain while looking out for their choice in the long list.

There are currently 91 registered political parties in Nigeria, (imagine if they all presented a presidential candidate come 2019, the ballot paper will therefore have to be about twice the size of the one used in the Osun polls). 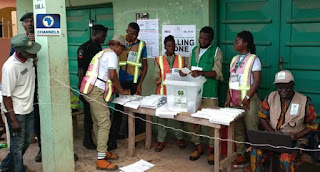 This is an indication of the need for INEC to further trim down the number of political parties in the country.
The highlight of the election would have to be its declaration as inconclusive.

It took INEC close to 24 hours to declare the verdict of the elections of a single state, with elections ending around 2.00pm on Saturday in most polling units and INEC announcing results around the same time on Sunday.

How long will it then take the Electoral Commission to collate and announce the results of the whole country.

If INEC must conduct a satisfactory election in 2019, it would have to up its game in terms of logistics and make use of electronic means of collation rather than manual.

The results of the Osun elections, the existence of vote buying as the new form of electoral malpractice is indeed a disheartening development in our democracy. A development in the sense that the people's votes are beginning to count based on the higher spender.

The attempt by parties to buy the votes of electorates indicates that their votes are valuable and will  count, else there would have been no need to attempt to exchange the votes for money.

And just like in the Osun polls, there is likely going to be a large turn out of voters in 2019 as the people are now aware (regardless of the outcome of the rerun election) that the ultimate power lies with them and it is their prerogative to decide every four years, who gets to be at the helm of affairs.