on September 14, 2018
A Police Inspector caught on camera with a bottle of beer while on duty in Lagos State, Emmanuel Egba, has said he seized it from a motorist who was drinking while driving. 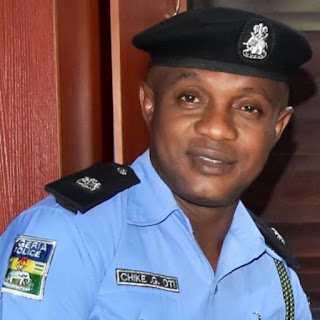 The Inspector gave the reason during his interrogation after The Guardian newspaper published the photograph on September 12, 2018.

A statement by the spokesman of the Lagos State Police Command, Chike Oti, said the arrest of Egba was effected after the Command’s Commissioner, Edgal Imohimi, had his attention drawn to the photograph.

Oti said in the statement that Egba, a police motorcycle rider attached to Area ‘M’ Command, Idimu and not Rapid Response Squad as erroneously reported, was questioned by senior officers.

He was said to have denied the allegation, stating that he recovered the beer bottle with liquid contents from a driver who was drinking right inside his car in traffic.

He was said to have feared that the driver might get himself intoxicated, thereby endangering his life and those of other road users.

Oti added: The case is however being investigated at the Command Provost Section and if his claim is found to be false, appropriate disciplinary action will be meted out to him after an Orderly Room Trial.”
conduct discipline duty News offence police