on September 21, 2018
In April this year, Snap Incorporation, (owner of Snapchat ) introduced Spectacles 2.0 which happens to be the maiden product in the company’s second generation of eyewear with inbuilt cameras. 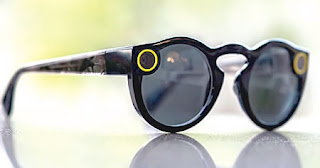 In a bid to upgrade its camera-enabled sunglasses, the company recently launched two new Spectacles styles – Nico and Veronica.

While their predecessors have circular frames and could capture HD images and videos, the duo has a rectangular shape with curved edges, polarized lenses and a new protective case for the sake of portability.

The sunglasses come with a connection cable for charging.

The 2018 Spectacles are water resistant, have dual microphones for recording audios and can wirelessly transfer images to a phone in seconds.

Also, they come with considerable memory allowing them to store up to 150 videos or 3,000 photos. The company has promised to add a new Snapchat feature that will automatically turn Specs Snaps into Highlight Story later in this year.

That makes it easier to share pictures taken with the spectacles. Of the over 187 million people that use Snapchat every day, Europe accounts for 60 million.

According to Snap, since Spectacles 2 was launched five months ago, users are capturing more Snaps if they have a pair of Spectacles, a 40% increase on average per user. 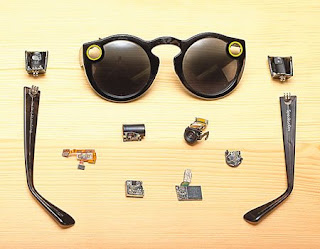 A Snap representative dismissed the possibility of using the device to spy on others as the LED ring on the frames makes it noticeable when the user attempts to record.

It appears Snapchat developers have a bigger picture in view. “At Snap, we believe that phones will not always be a primary source of communication, documentation, and entertainment…we envision that one day the Spectacles camera will also provide the wearer with a rich understanding of the world around them.

This will be accomplished by integrating digital layers into the view of the physical world [using Augmented Reality].


We believe this future environment has the potential to provide for a more ‘present’ personal relationship with technology.”