on September 27, 2018
A Texas man was arrested on Monday after he assaulted a 14-month-old child and covered her mouth and eyes with super glue. 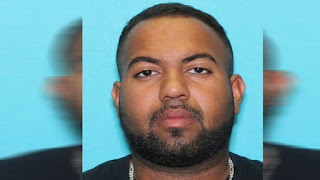 29-year-old Johnnie Lee Carter faces a charge of injury to a child. He has previously served time for domestic violence and was convicted for violating a protective order.

Carter had already fled by the time his wife called officers to tell them he had choked the one-year-old with one hand and punched her head and ribs with the other before putting super glue on her face.

Officers found a Crazy Glue stick on their motel room’s desk, the affidavit said, as well as a two-month-old baby underneath a pile of pillows and blankets.

The woman told police he’d covered the baby before assaulting the toddler because the infant had been crying.

Carter was wanted for injury to a child causing serious bodily injury, which police said is a first-degree felony.