on September 27, 2018
The candidate of the People's Democratic Party PDP in the On going rerun election in Osun State Senator Ademola Adeleke has reportedly said that what is currently going on in the wards where elections are to hold is a 'coup'and nothing bear an election. 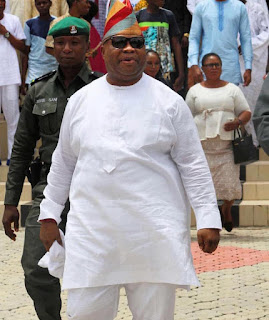 @OfficialPDPNig @IsiakaAdeleke1 claims, “What is happening in Osun State now is not an election. What we have is a coup. That is what we are witnessing now. Our supporters are being harassed and are not allowed to vote at all. Let the whole world know that this is not democracy."
Adeleke News Osun rerun politics