on October 15, 2018
A 12-year-old boy has died near Paris after he was beaten up by assailants armed with iron bars, during a fight between rival gangs in an eastern suburb. 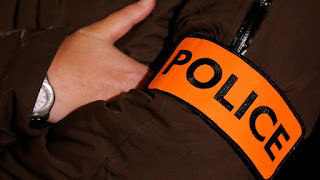 Gang violence is common in some areas close to the French capital, but the age of the victim in this case has caused particular shock.

The brawl happened on Saturday night when an estimated 20 to 30 youths tore into each other with clubs and iron bars in a residential area of Les Lilas district.

Police who arrived on the scene afterwards found the victim lying in the street. He was taken to hospital for treatment to injuries to his legs but complained of pain all over his body.

On Sunday the boys condition deteriorated and his death was announced in the late afternoon. A post-mortem is due to take place to establish the cause.

Two youths were arrested on Saturday and released; police said they were friends of the victim from the same gang. Another person said to be from the rival gang was held in custody on Sunday.

Neighbours were quoted in French media as saying that clashes between gangs regularly occurred in the area, sometimes involving boys as young as 12 or 13.

This type of violence, involving sometimes very young individuals, is sadly not new but is still tragic, a police source told AFP.

Also on Saturday, a 20-year-old man was stabbed to death amid a reported fight between rival gangs following a wedding at Albi in southwestern France.

The French Interior Ministry says around 90 organised gangs have been identified in France, of which about half are in the Paris area.

Gang violence decreased by 19 percent in and around the capital between 2016 and 2017, the ministry added.
Criminal gang death News Paris violence