on October 11, 2018
OUTGOING Governor Fayose, who stated that he promised not to leave the state a debtor of salaries, explained that he had planned to clear what he said was four months salary arrears with Paris Club Refund and budget support for the state. 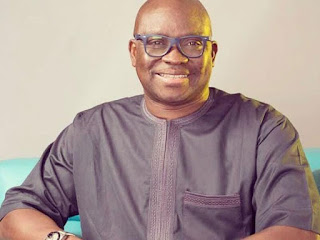 But he said the federal government withheld the state’s Paris Club refund and budget support, saying this was “because they don’t want Fayose to pay the salary arrears.”

“My promise is fulfilled but the money is in the hands of government. They should help me to pay.”
ekiti fayemi Fayose News politics