Court Jails Woman For Checking Through Her Husband's Phone

on October 03, 2018
A court in the UAE jailed a woman for three months for looking through her husband’s phone without him knowing. 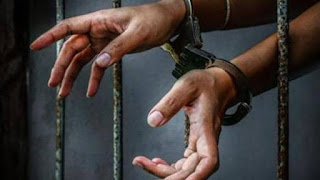 The woman’s husband filed a lawsuit against her, accusing her of violating his privacy, and she was put on trial.

A court in Ras Al Khaimah – the northernmost emirate of the United Arab Emirates and known for its Arabian Gulf beaches – found her guilty.

In his statement made against her, the man said his wife went through his phone and copied all the data to another device in order to search through the information at a later date.

The husband made the complaint after his wife was said to have scrolled through his phone contents while he was asleep.

She was said to have then transferred pictures and chats to her phone to show her siblings.

She claimed her husband had given her his password and allowed her to look at his phone since she had caught him chatting with other women before.

The UAE has strict cybercrime laws, especially when it comes to protecting the privacy of individuals online.
Court jail New privacy