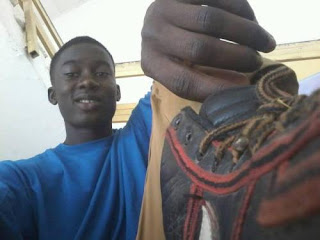 Shedrach was killed with many others in a fresh wave of violence that engulfed the state Capital on Sunday afternoon and evening.

Shedrach's killing came a day after he put out a strong status update on Facebook saying anyone still praying for peace in Plateau would be disappointed.

In the post, he called for a "balance of terror", even proclaiming: "If I die in the struggle, so be it. Plateau has seen so much of this nonsense!" 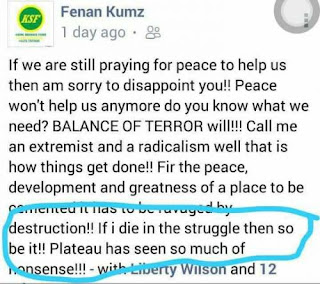 Undie Udie, the Plateau State Police commissioner, confirmed the attack, calling for restraint on both sides.

The death toll could not be ascertained as the time of filing this report, as heavy gunshots were still being reported all around the city centre.