Man 49, Falls To His Death From A Flat In A Targeted Burglary

on October 26, 2018
A man has died after falling from a third-floor flat during an aggravated burglary that police believe was targeted. 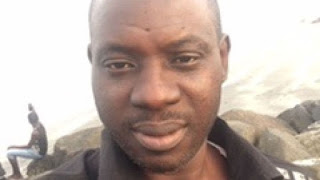 sky.news.com
Sheiku Adams, 49, fell from the flat in Denyer House in Highgate Road, Camden, north London, as police were responding to reports of a forced entry.

Officers were called at 9.05pm on Thursday and discovered the victim on the ground outside with serious injuries.

He was taken to a north London hospital but pronounced dead at 11.56pm.

Detectives investigating the death believe it was a targeted attack by two men who forced their way into the flat armed with at least one knife.

Detective Chief Inspector Noel McHugh said: "This appears to be a targeted attack and there will be people out there who will know who is responsible for the events that led to Sheiku's death.

"I need to hear from those people as a matter of urgency.

"We need to understand the circumstances as to how Sheiku came to fall out of the window and we are appealing to any local residents who saw two men loitering around the area before 9pm to come forward.

"We will be working around the clock to piece together the circumstances of this case and bring those responsible to justice.

"What we need now is for witnesses and people with information to do the right thing and contact us as a matter of urgency.

"Any information, no matter how insignificant you think it is, will be treated in the strictest confidence and will assist us greatly in this investigation."

Mr Adams' next of kin have been informed.
burglar death News