Man Arrested For Flogging His Three-year-old Son To Death

on October 04, 2018
Men of the Edo State Police Command have arrested Matthias Otabor for allegedly flogging his three-year-old stepson, Destiny Meshack, to death. 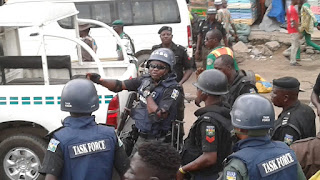 Police Commissioner Babatunde Kokumo said Matthias used a belt and cable wire on the boy until he collapsed and died.

He said the boy’s body had been deposited at the Central Hospital’s mortuary in Benin.

Kokumo addressed reporters on the incident when he paraded 76 suspects arrested for alleged murder, cultism, kidnapping and rape.