on October 16, 2018
A man is currently in police custody after ejaculating in a commercial bus, popularly called danfo in Lagos, and rubbing the sperm on a baby’s tongue. 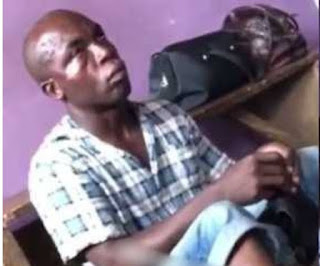 Friday at the BRT station along Pipeline road, Idimu, Lagos.

It was further gathered that the baby’s mom was sitting beside the suspect in the bus.

According to other passengers, the suspect had brought out his penis and performed oral sex on himself. However, after ejaculating, he rubbed the sperm on the tongue of the baby boy.

He was subsequently mobbed and had to beg for his life. He was later handed over to the policemen attached to Area M police station.

The mother of the baby couldn’t control her emotions, as she burst out crying.