on October 21, 2018
The General Overseer, Mountain of Fire and Miracles Ministries, Dr Daniel Olukoya, and the publisher of Sahara Reporters, Mr Omoyele Sowore, have taken their running libel case before the District Court of Maryland, United States of America. 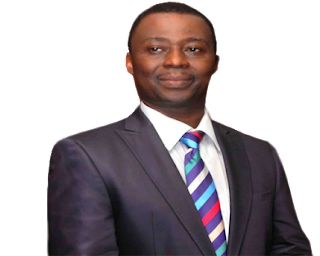 Olukoya and the branches of his church in Nevada and Maryland, US, sued Sowore and Sahara Reporters before the US court, demanding a jury trial of the case.

While Olukoya was described as “a highly regarded founder and General Overseer of an international ministry, MFM,” Sowore was described as “a Nigerian-born journalist who was granted political asylum in the United States for his opposition to military rule in Nigeria.”

The plaintiffs’ counsel, Ferguson, Schetelich & Ballew, argued that the District Court of Maryland “has jurisdiction over this matter pursuant to 28 U.S.C. § 1332(a)(1) insofar as the matter in controversy exceeds the sum of $75,000.00, exclusive of interest and costs.”

In the affidavit supporting the suit, the preacher alleged that Sowore and his Sahara Reporters had been running an unrelenting campaign to defame him and his church since January 2013.

The preacher said the trouble started when Sowore led his Sahara Reporters crew to the church’s cross-over event celebrating the 2013 New Year at the Prayer City along the Lagos-Ibadan Expressway.

He said despite not being accredited to cover the event, the Sahara Reporters crew was granted access and they started making recordings.

He said while recording the programme, the Sahara Reporters crew moved beyond a place where reporters were allowed and they were immediately told to step back but they refused, leading to their being asked to leave the church.

Olukoya said following the episode, Sahara Reporters launched an unrelenting campaign to defame him and his church.

“The defendants published multiple written defamatory statements of fact or statements that implied knowledge of verifiable defamatory facts about plaintiffs.

“Those false statements included, but are not limited to, statements that the plaintiffs: Illegally imported goods to the United States; willfully and intentionally evaded US Customs service duties; evaded tax payments to the United States Government; carried out illegal activities for many years; and that Dr Olukoya falsely affirmed himself to be a legal resident of the State of Maryland.”

“At a minimum, the defendants acted negligently without an ordinary degree of care in assessing or investigating the truth of the statements prior to publication.

“The defendants knew or were aware that it was highly probable that the defamatory statements were false at the time they were published, or at a minimum exhibited purposeful avoidance of the truth and uttered statements so inherently improbable that only a reckless person would have published them.

“Further, defendants continued to make defamatory statements even after they had actual knowledge of the falsity of their narrative.”