Parents Forget Their Five-year-Old Daughter in The Airport

on October 04, 2018
Police in Germany say a couple left their five-year-old daughter behind at the airport after returning from a holiday. 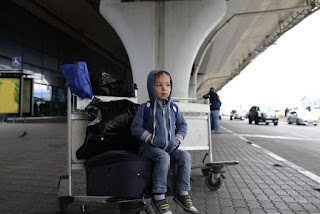 Reutlingen police said that officers spotted the child wandering aimlessly and alone around the terminal at nearby Stuttgart Airport late Monday.

Fox News reports that the girl was taken to the airport police station but her mother called shortly afterwards, to ask whether her daughter had been found.

Police said the mother explained to officers that the family had driven home in separate cars and each believed the girl to be with the other parent.

The child was eventually handed over to her father, who had returned to pick her up.

It wasn’t clear how long the child had been abandoned at the airport by her parents.