on October 22, 2018
The senator representing Kaduna Central senatorial district, Shehu Sani, who resigned his membership from the ruling All Progressives Congress has Revealed to his supporters that he will be contesting in the forthcoming election. 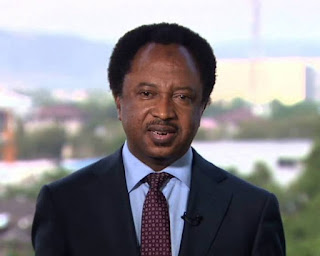 Sani who assured his supporters of not quitting politics on his Facebook page on Sunday said he would announce his new political party in two days time (Tuesday).

He said, “This is to thank all my supporters and friends for the show of solidarity and assurances of support over my decision to exit the APC.

“I assure you that in the next two days you will be informed of my new party. And be rest assured I will contest in the upcoming elections Insha Allah.”

However, it remains unclear which political party Sani would join, and which position he plans to contest.

Sani had on Saturday announced his resignation from the APC after the party put forward Uba Sani, an ally of Governor Nasir El-Rufai, as its candidate for the constituency.

The Senator in a letter dated October 19 and addressed to the chairman of APC, Adams Oshiomhole, did not give reasons for his action.

The letter read,” I present to you highest compliments and wish by this communication to formally offer to you my resignation from the All Progressives Congress (APC).

“I had joined the APC and remained with it against all odds with the belief that it will constitute a veritable platform for the realization of those democratic ideals which I hold very dear, that honour and integrity will be the ultimate ethos of the party and, most importantly, that internal party democracy will always be the norm. However, only posterity can affirm the extent to which the APC has committed to and reflected these values.

“As I exit the APC at this point in time, I wish to formally thank the party for availing me the platform upon which I am currently serving this country in the honoured capacity of Senator of the Federal Republic.

I wish the party well in all her future endeavours and ask, Sir, that you please accept the assurance of my highest considerations.”