One-hundred and three (103) students of the University of Ilorin, will be honoured with the first class during the forthcoming 34th convocation ceremony of the institution.

Also, the  university unveiled its feat in the invention of bullet-proof gadgets. 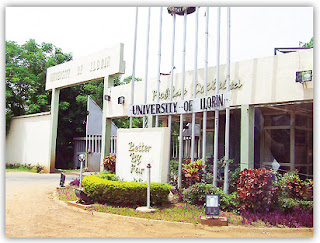 Vice Chancellor of the university, Sulyman Abdulkareem who made the disclosure yesterday at a press conference to herald the 34th convocation ceremony of the institution said the invention has been tested and accepted by the Nigerian Army.

Professor Abdulkareem who said that due to the sensitive nature of the security gadget the university would not be able to mass produce the device.  However, he expressed delight that with the invention the university was already improving its impacts on the world and, particularly, its immediate environment.

According to him,”We have been able to sign a MoU with the Nigerian Army on the invention and development of polymer composite for strategic and protective defence. In concrete terms, we have invented a bullet-proof gadget, which has been tested and accepted by the Nigerian Army.

“With this, we are already improving our impact on the world and on our immediate society and this is a gratifying achievement that will ultimately propel the University to the Zenith of global recognition and reputation we desire. “
Labels: convocation Education innovation News technology unilorin