on November 14, 2018
Benue State Governor, Samuel Ortom, on Wednesday said he had directed the Executive Secretary of the  State Universal Basic Education Board, Philip Attachin, to give the school in the country home of late Elizabeth Ochanya a facelift. 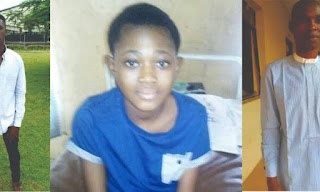 Ortom, who stated this during an interaction with journalists in Makurdi, added that the school would be named after the girl.

Recall that the 13-year-old Elizabeth Ochanya died of complications arising from the rape allegedly carried out by a father and son.

“I have instructed the SUBEB boss to give facelift to the LGEA primary school, Ogene Amejo in Okpokwu local government area where the late Ochanya who was allegedly raped by her uncle and son had her primary education.

“We shall provide all instructional materials for the school and name it after her,” Ortom said.

On the release of the former Livestock Guard Coordinator, Alhaji Aliyu Teshaku, who was arrested and detained by the Department of State Services, the governor said he had been vindicated.

“I inherited Teshaku from the previous administration. I do not know why he was arrested and then released. I met with him and he told me that he was released on bail,” Ortom said.
honour News Ochanya rape