More Than 78 Students kidnapped In Cameroon By Unknown Gunmen

on November 05, 2018
Seventy-eight students have been kidnapped from a Presbyterian school in northwest Cameroon, a local governor has said.
The principal was also abducted during the attack by a group of armed men in Nkwen village near the city of Bamenda. 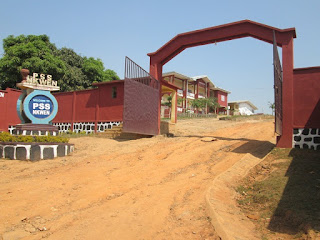 It took place in the English-speaking region where separatists are fighting to form an independent state they call Ambazonia.

A video has been released on social media purporting to show the kidnappers forcing several children to give their names and the names of their parents and urging them to speak louder.

Many repeat the same phrase: “I was taken from school last night by the Amba boys and I don’t know where I am.”

The alleged kidnapper is recorded telling the students: “We shall only release you after the struggle. You will be going to school now here … all of us stay here and fight for this struggle inside Ambazonia land.”

Hundreds have been killed during clashes between the military following a crackdown on protestors who claim they are marginalised by the French-speaking government headed by the president Paul Biya.

Support free-thinking journalism and subscribe to Independent Minds
The separatists have imposed curfews and closed down schools to turn them into training grounds as part of their struggle.

There have been reports of teachers being killed and buildings being torched during dozens of similar attacks.

Many people have fled the area to seek refuge in more peaceful Francophone regions because of the violence.

Last week an American missionary was shot in the head near Bamenda amid fighting between armed separatists and soldiers.

Separatist militants also attacked farm workers in southwestern Cameroon and chopped off their fingers because they had defied an order to stay away from a state-run rubber plantation.

Students have been kidnapped before but never before in such numbers, according to reports.

Local governor Deben Tchoffo said that at least 78 students had been taken during the abduction late on Sunday. Reuters claimed a military source confirmed 81 people including the principal had been taken “into the bush”.

However local media reported that only 11 male fifth form students had been taken away from the Presbyterian Secondary School Nkwen by a group of armed men.

The school’s website describes it as a “co-educational Christian public boarding school” with more than 700 male and female students from all religious and linguistic backgrounds in Cameroon.

President Biya, who has led the country since 1982, was sworn in for a seventh term of office on Saturday after winning 78 per cent of the vote in last month’s elections.
abduction Cameroon News politics