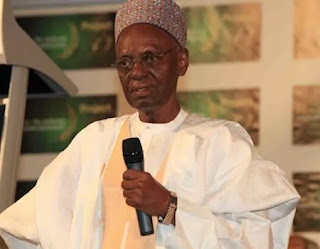 Shagari reportedly died at the Abuja National hospital after a brief illness.

His death was disclosed in a tweet made by his grandson, Bello Shagari, this evening. According to the tweet:

“I regret announcing the death of my grandfather, H.E Alhaji Shehu Shagari, who died right now after a brief illness at the National Hospital, Abuja.”

Shagari served as the first and only President of Nigeria’s Second Republic between 1979–1983, after the handover of power by General Olusegun Obasanjo’s military government.

He was later overthrown in a coup by Muhammadu Buhari who is the current president of Nigeria.
death News president shehu shagari