on January 02, 2019
The Bayelsa State Police Command has arrested a 42-year-old father, Sunday Otasi, for allegedly killing two of his sons with a poisonous substance,  identified to be ‘Sniper’, over suspicion of witchcraft. 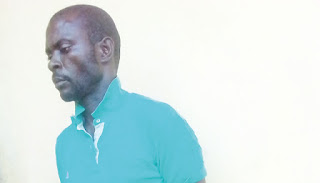 The third son, however, narrowly escaped death and is in a critical condition after he escaped from the bush, where his father and his younger brother had tied the three of them to trees.

Otasi, who hails from Agbobiri-Okodia in the Yenagoa Local Government Area of Bayelsa State, was said to have taken his three sons, Success, 14; Miracle, 12; and Godstime, 10, to a bush along Glory Drive Road, Igbogene, Yenagoa.

He was said to have tied them to trees with the help of his younger brother, Levai Ayah, and forced them to drink the poisonous substance.

It was learnt that the three children got into trouble with their father in September last year when a Yenagoa-based prophet, George Odoko, of the George Odoko Outreach Ministries, told Otasi that his children were wizards and were responsible for his illness.

Since then, the three children were said to have been subjected to torture by the father and their relatives, who believed that their mother, who is no longer in the marriage to their father, had bewitched them.

Otasi, who denied killing his sons, told journalists that he only brought them to Yenagoa on December 29, 2018, for deliverance at Odoko’s church, because the prophet could not attend to them.

He added that he told his younger brother, Ajah, to return his children to his mother in the village.

“I don’t know what my brother did to my children on the way back to the village,” he stated.

But the surviving son, Success, revealed that his father and his younger brother, who is now at large, took them to the bush and made them to drink the poison.

The teenager, who spoke to journalists at a hospital in Yenagoa, where he is receiving treatment, said his father told them that they were going for a church service in Yenagoa, but diverted to the bush where they were tied up and given the substance to drink.

Success stated, “My father came to take us from our grandmother and told us that we were going to a church in Yenagoa, but when we got to the road, he and his brother took us to the bush and tied me and my younger brothers to trees and gave us ‘Sniper’ to drink.

“I managed to come to the road after I used my legs to untie the rope and people saw me and took me to the hospital.”

Confirming the incident, the State Commissioner of Police, Mr Aminu Selah, said the father had made a confessional statement, while the police were on the trail of the fleeing brother, adding that investigation was ongoing.

The CP called on parents to show love to their children and wards, and urged members of the public to avoid jungle justice of any kind.