AGAIN: Polaris Bank Ready To Be Sold Immediately After 2019 Elections

The Assets Management Corporation of Nigeria (AMCON) says it will begin the process of seeking buyers for Polaris Bank when the general election is over. 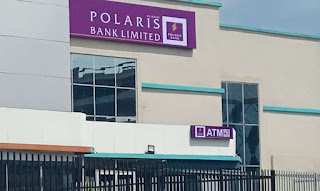 Jude Nwauzor told Reuters on Tuesday that electioneering activities have slowed things down.

“The election season has slowed down things. We would advertise for expressions of interest from investors after elections and commence the sale process,” he said.

Polaris Bank was set up as a bridge bank to take over the assets of Skye Bank, which collapsed and had its operating licence revoked by the Central Bank of Nigeria.

Polaris was then transferred to the state-owned bad bank for sale to investors. AMCON has previously sold three other nationalised banks.

“The capitalisation of Polaris Bank Limited is being done by the Assets Management Corporation of Nigeria through the injection of about N786 billion to return the bank to soundness and profitability so as to enable its subsequent sale to credible and financially sound third-party acquirers,” Godwin Emefiele, governor of the Central Bank of Nigeria, had said when the licence was revoked.

Nwauzor said the corporation is already working on recovering the non-performing loans owed to Polaris and that AMCON has asked for repayment proposals.

The presidential election, in which President Muhammadu Buhari is seeking reelection into office, will hold on February 16.

AMCON was set up in 2010 to absorb non-performing loans from banks as part of efforts to resolve a financial crisis at that time.
Labels: Amcon banking Business finance News Polaris Bank