on January 27, 2019
The Academic Staff Union of Universities in Ekiti State University, Ado Ekiti, has condemned the removal of the institution’s Vice Chancellor, Prof. Samuel Oye Bandele, by Governor Kayode Fayemi, saying the action did not follow due process. 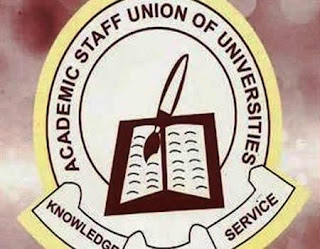 “The vice chancellor of EKSU was arbitrarily removed. The removal is hereby condemned in strong terms and in its entirety,” ASUU-EKSU chairman, Prof. Olufayo Olu-Olu, said in a statement in Ado-Ekiti on Sunday.

Olu-Olu said that ASUU-EKSU Congress had, at its meeting on Thursday, January 24, resolved that, “In order to prevent unnecessary crisis and administrative problems, due process should be followed in governing of the university.”

The governor’s action followed the report of the visitation panels to the institutions and approval by the State Executive Council of the White Paper on the report.

It said: “The university is an autonomous institution with extant rules and governing regulations.

“The appointment and removal of a VC has procedures under the laws of the university.

“EKSU is not and cannot be an extension of the Ministry of Education.”
ASUU Education EKSU News politics