on January 25, 2019
THE Ekiti state government has distributed free Joint Admission Matriculation Board (JAMB) forms to 3,000 qualified but financially challenged students and out of school youths across the 16 local government areas of the state. 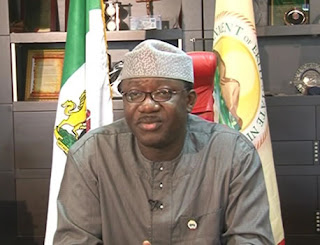 The wife of Ekiti state governor, Mrs Bisi Fayemi, made this known during the flag-off of distribution of the forms to the beneficiaries on Friday in Ado-Ekiti.

She said the present administration would continue to prioritise the education of Ekiti youths for national development.

Fayemi explained that the step marked the continuation of the programme in the second term administration of Gov. Kayode Fayemi.

She assured that the Fayemi administration would leave no stone unturned in preparing the future leaders of Ekiti with requisite qualification to enable them to improve on the solid foundation that is laid by the present government.

“N20 million had been committed to purchase the 2019 JAMB PINS as well as the creation of a profile, provision of E-Training, JAMB online registration and thumbprinting exercise at no cost to the candidates.

“I urge the beneficiaries to reciprocate the gesture by being committed to your studies and desist from act capable of truncating your future,” she said.
Education Ekiti State governor jamb forms News