SUICIDE: 'We Didn't Know About The Death Of Asiwaju Until We Saw It On The Newspaper' Brother

Segun Akintola, the elder brother of a furniture seller, Michael Asiwaju, who committed suicide at a hotel in FESTAC, Lagos State, says the family received the news with a rude shock. 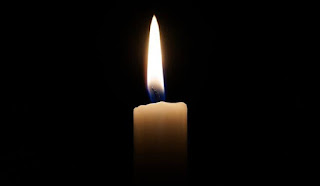 He said he knew about the death after a friend drew his attention to the story in Saturday PUNCH.

Contrary to his popular name, the brother said the businessman’s real name is Dare Akintola.

Segun stated that the deceased adopted Asiwaju in his company’s name, Asiwaju Royal Furniture, adding that he did not know how he came about the name Michael.

It was reported on Saturday, January 19 that Asiwaju took a poisonous substance suspected to be Sniper, after he was accused on Twitter of raping women.

He responded to the allegation in several tweets on January 12, claiming that two of the women were actually his girlfriends whom he had spent money on at a club.

Although he admitted having sex with them, he said it was consensual, adding that one Blessing instigated the allegation to blackmail him.

He said his ailing mother died after reading the rape allegation online and expressed his intention to kill himself.

Afterwards, he checked into the hotel with the name Prince Moses. He was found dead in his room around 12am the following day with two bottles of Sniper he was suspected to have taken.

His body was evacuated by the police and deposited in Mainland General Hospital morgue, Yaba.

In an interview with our correspondent during the week, the deceased’s elder brother, Segun, said the family hails from Ojo, Lagos State.

He said he was relaxing at home on Saturday morning when a friend alerted him to the story on his brother’s death.

Segun said, “I was at home when a friend called me and drew my attention to a publication in Saturday PUNCH. He said my brother was reported to have killed himself and that his picture was on the paper. I rushed to the bus stop to get the paper. After reading it, I went to inform our family members.


“When I called his (Asiwaju’s) line, a policeman picked the call. He asked me to come to the State Criminal Investigation and Intelligence Department in Panti. On getting there, the policeman said my brother’s corpse had been deposited in the morgue. He took me and some family members to the morgue to check the corpse.”

Contrary to Asiwaju’s claim, Segun said their mother was alive, but ill. He said their ageing mother had not been informed of the incident in order not to worsen her health condition.

He explained that Asiwaju hardly came to the family house in Ojo since he returned from abroad about five years ago.

He said, “We saw each other last June at Alaba Market. He said he would soon go back to Abuja. He told me he had a house around Lekki but I did not know the place. He was running the Asiwaju Royal Furniture at Alaba before he travelled abroad. I also had a furniture shop in Alaba. His name is Dare Akintola. Asiwaju is his company’s name but I didn’t know where he got Michael from. He was 33 years old and he had a 10-year-old son.

“When I read what he wrote on Twitter, I was shocked. I was surprised he could be writing all those things. Our mother is alive, but she is sick. He was not a troublesome person. His only problem was that he hardly came home. The last time he saw mum was about five years ago. They only spoke on the phone and he sent money to her often. We are afraid to inform her about his death.”


Segun, who described his brother as a brave person, said he did not believe he could poison himself because of the allegation.

“Dare (Asiwaju) that I know, if you point a gun at him to kill himself, he would not do so. He was our parents’ last born. Our father died long time ago,” he added.

The Lagos State Police Public Relations Officer, CSP Chike Oti, confirmed that the family had identified the corpse, adding that investigation was ongoing on the incident.