Chelsea’s Victor Moses has completed his move to Fenerbahce on an 18-month loan deal. 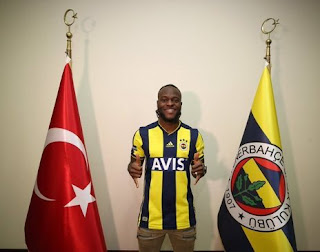 The Nigeria international will remain at the Turkish side until the end of the 2019/20 season.

The 28-year-old has made just six appearances for the Blues this season, and has played just 26 minutes in the Premier League.

“It’s a pity because he’s a wonderful professional and it’s a pity he couldn’t find the opportunities to show his value,” he said on Friday.