PDP Chieftain, One Other Shot Dead In Rivers State

on February 23, 2019
A former Chairman of the Peoples Democratic Party in Rivers State, Monwon Etete, has been shot dead.

He was killed by yet to be identified gunmen in his hometown of Andoni on Saturday afternoon while voters were waiting for the commencement of elections.

In another news, A Man has been SHOT DEAD In Rivers State after allegedly snatching ballot box. 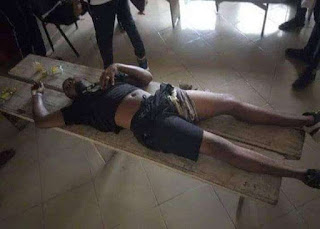 Mr Thywill Dobtubo was reportedly shot dead by a Nigerian Army. It was reported by witness that this was because of his attempt to snatch ballot boxes in Rivers State.

While some other people refuted this claim of him snatching ballot Box, they said it's a no abuse of power by the military personnels.