on February 06, 2019
The Federal Government and  the Academic Staff Union of Universities  are expected to  hold another meeting on Thursday as part of the effort  to resolve the  issues that led to the strike in public universities. 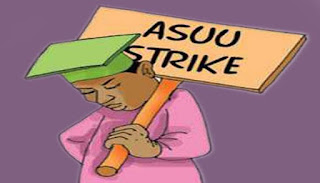 ASUU President, Prof Biodun Ogunyemi, said at the end of the union’s  last meeting with the  Ministry of Labour and Employment  they agreed  to resume talks today.

According to him,  ASUU leaders  at the  end of the meeting agreed to meet   with  their  members to discuss the Federal Government’s new position on the union’s demands before taking a position on the FG’s offers.

While confirming today’s  meeting,  the acting Director  of  the Ministry of Labour and Employment, Iliya Rhoda, said in a statement  the minister of the ministry  Dr Chris Ngige would preside over the meeting.
ASUU ASUU STRIKE Education FG News