on February 07, 2019
The Academic Staff Union of Universities (ASUU) and the Nigerian government have reached an agreement towards ending the four-month-old industrial action of university teachers. 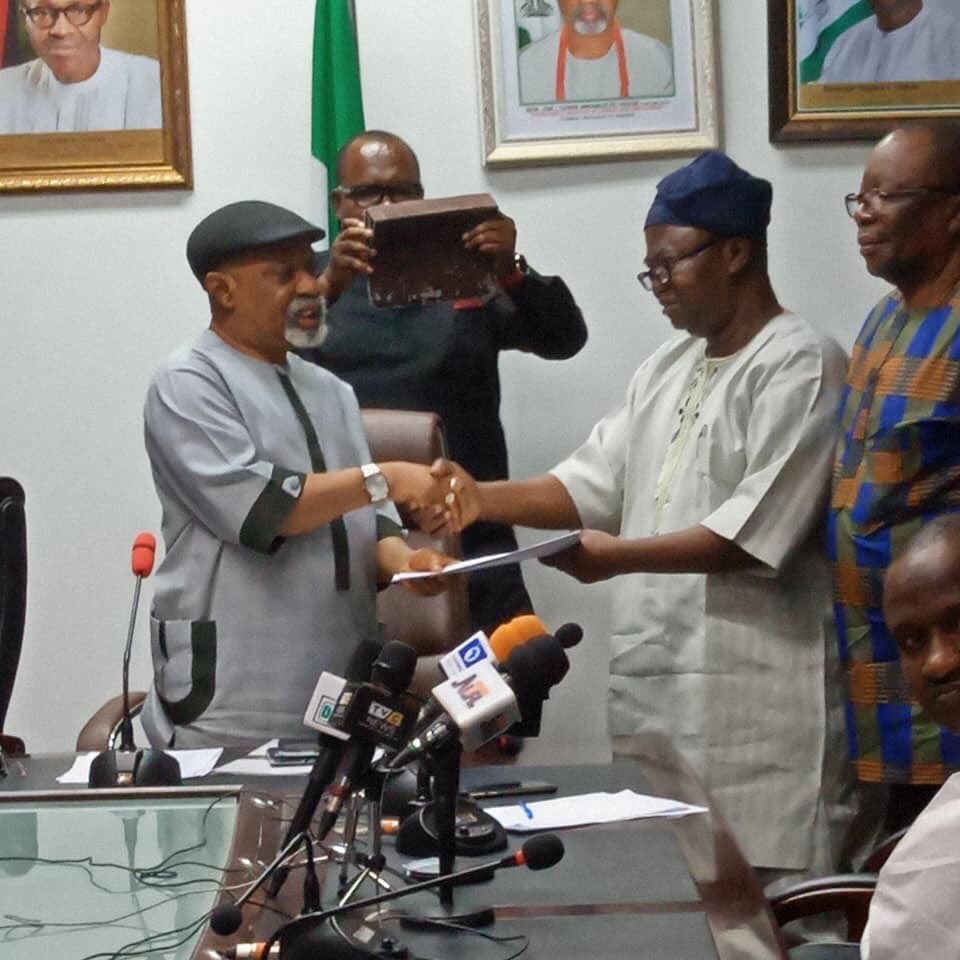 The consensus was reached after a meeting in Abuja on Thursday.

Present at the meeting were representatives of ASUU, Chris Ngige, Minister of Labour and Employment, and other government officials.

Students had also besieged the Abuja venue of the meeting and threatened to embark  on a protest if the issues were not resolved.

At the end of the meeting on Thursday, an agreement was reached and a deal was signed.

ASUU embarked on an indefinite strike on November 4, 2018, demanding improved funding of universities and implementation of previous agreements with the government.

As at the time of this report, neither ASUU nor the federal government had provided details of the agreement signed.

However, Mr Ogunyemi had in November said to suspend the strike, the government must fully implement “the Memorandum of Action (MoA) the two parties willingly signed in October 2017,” he said.

“So the MoA must be implemented fully before we can even talk of suspension of the strike. If they implement the outstanding issues in the MoA fully and change the leadership of the negotiating team, then we can go back to the negotiation,” Mr Ogunyemi said.
ASUU Education FG News strike