on February 11, 2019
A 32-year-old man, who could not take his eyes off the breasts of a 14-year-old girl, has landed in police custody for allowing his lusts to get the better of him. 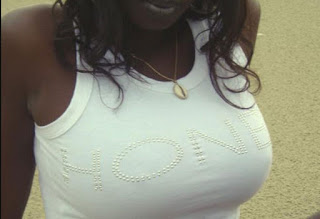 Reports gathered that the incident happened at Eloseh Street in Ikate area of Surulere, Lagos where he and victim’s parents reside.

Fasina Adedayowas arrested by the police for allegedly luring the girl to his room, grabbing her breasts and attempting to have forced carnal knowledge of the girl.

The victim, however, raised an alarm and he was forced to leave her.

She, thereafter, reported the incident to her parents who filed a complaint with police.

Adedayo told the police that he was tempted to commit the act by the girl’s breast.

He said that the victim has a set of breasts and whenever he sets his eyes on her, he is tempted to have her.

The matter was transferred to the Gender Section of the Police Command for further investigation.
attempted crime Lagos minor News rape