The Kaduna State Governorship Candidates Forum has called on the people of the state to live in peace and avoid any action that
would cause disharmony among them. 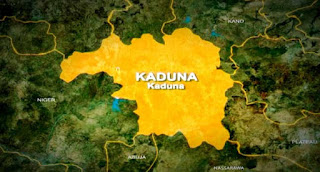 The call is contained in a statement signed by the chairman of the Forum, Dr. Awwal Aliyu, and made available to the News Agency of Nigeria (NAN) on Monday in Kaduna, over the recent killings in Kajuru Local Government Area of the state.

It said: “On the recent Kajuru killings, we are calling on the good people of Kaduna to be their brothers’ keepers, live in peace, love, and harmony for the overall development of the state.”

The forum also urged security agencies to unravel the cause of the conflict and those involved for necessary action.
It appreciated the quick response of the state governor, Nasiru El-Rufa’i and security operatives in meeting with the residents to ensure they maintain the peace.

The forum also reacted to the postponement of the general elections by INEC.

“We are deeply disappointed that despite the long preparations both locally and internationally, the Independent National Electoral Commission (INEC) postponed the Presidential and National Assembly elections hours to its commencement.

“Many Nigerians have traveled to various locations to exercise their right, and international observers were gathered.
“INEC themselves have given assurances, day after day and almost hour after hour that they are in complete readiness for the elections.”

In the forum, INEC was further urged to ensure that materials already distributed are safe and do not get into wrong hands.
It also said the commission should do everything possible “to avoid the lapses that resulted in this unfortunate postponement and ensure a free, fair election on the rescheduled dates.”
Labels: 2019 elections kaduna state killings News security