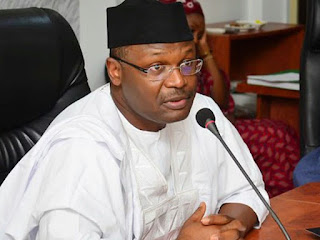 The Independent National Electoral Commission, INEC, on Thursday warned that there will be no voting for those without Permanent Voters Cards, PVCs.

INEC’s Chairman, Prof Mahmood Yakubu also said those whose PVCs are not recognized by the Commission’s Smart Card Readers won’t be allowed to vote during the general elections, starting from Saturday.
Yakubu stated this during the Commission’s daily briefing in Abuja.

He said: “The commission has operated under the policy that no citizen can vote without the PVC issued by the commission and read by the smart card reader.

“Having announced the total number of registered voters and their distribution by age, gender and occupation, citizens deserve the right to know how many PVCs have been collected across the country.
“The last date for the collection of PVCs was Monday 11th February 2019.”
2019 election Nigeria 2019