on February 18, 2019
President Muhammadu Buhari, the presidential candidate of APC has said that he has ordered security agencies, to ensure the general election goes on smoothly. 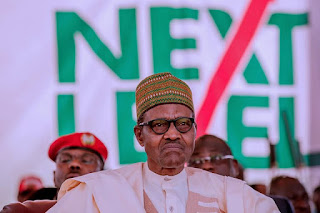 Speaking at the party’s caucus meeting on Monday, Buhari made it clear that anyone who tries to disrupt the electoral process, will be doing so “at the expense of his own life”.

“I will warn those who have planned to disrupt the peaceful elections to desist from their planned actions.
“Anyone who tries that is doing it at the expense of his own life,” President Buhari said.

The general elections are scheduled to hold this Saturday, February 23, and March 9th after the Independent National Electoral Commission (INEC), moved it by a week, citing logistics issues.
2019 election APC Buhari News politics