Police Arrests Woman For Selling A 2-Year-Old Boy To A Pastor For N900,000

on February 10, 2019
An illegal orphanage owner is in the custody of the Police in Delta State for allegedly stealing and selling a two-year-old boy. 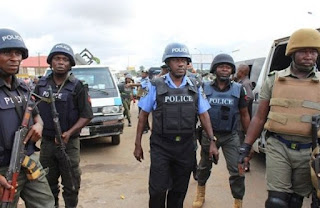 WuzupNaija.com gathered that Juliet Phillips, the owner of Godswill Orphanage at Ekpan, Warri, Delta State, stole the toddler from her mentally unstable mother on 28 November 2018.

Juliet reportedly took the victim, identified as Testimony, to Deliverance Orphanage operated by her mother in Ozoro in the state.

From there, Timothy was sold to a pastor with the Redeemed Christian Church of God [RCCG] in Edo State for N900,000.

The cleric thereafter renamed him Favour.

Juliet was arrested alongside her mother and one Collins Ogbor who is a retired director in the Community Development Department of the Ministry of Women Affairs in Delta State.