An alleged rapist got more than he bargained for when his victim reportedly sliced off his genitals with a razor blade. 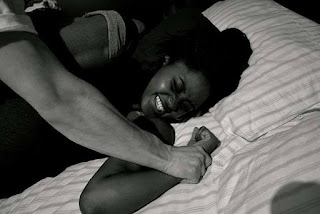 It was gathered that the 30-year-old suspect, Bishir Yau of Yargase village, had lured his 14-year-old neighbour into an uncompleted building where he repeatedly raped her.

After pleading and struggling to free herself to no avail, the victim reportedly brought out a razor blade and severed Yau’s manhood.

A complaint was lodged with the Katsina State Police Command. The police already charged Yau with rape under Section 283 of the Penal Code.

The suspect, who is currently on bail, has been directed to appear before a Katsina Senior Magistrates’ Court on April 4, 2019, for arraignment.

The police prosecutor, Inspector Sani Ado, told the court on Friday that investigation into the case had been completed.

The presiding Magistrate, Fadila Dikko, directed that Yau should appear before her.