Victory Uncertain For Saraki As He Loses One LG To APC

on February 24, 2019
Following the uncertainty going on about the re-election bid of Dr. Bukola Saraki into the 9th Senate several Speculations has filled the air. 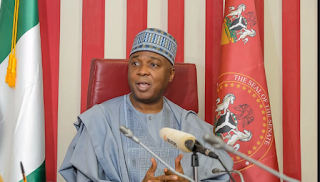 While APC supporters say the Senate President, bukola saraki has lost his re-election bid, PDP acolytes insist he has won.

Several news platforms online rumored to be PDP sponsored have posted and affirmed that the Senate President has won his election to return to the senate with results and figures which are yet to be verified.

Mr kayode ogundamisi of the APC has posted via his twitter account that Senator Bukola Saraki will no longer return to the senate as he has lost the return election.

Above all speculations, Nigerians are advised not to spread Fake news on any election result as INEC nigeria results declaration will have the last say.

In other news, Mr Saraki, candidate of the Peoples Democratic Party (PDP) lost one of the LG in the senatorial district to APC’s Ibrahim Oloriegbe.