In a bid to contain the global spread of the deadly Corona Virus, the Bill and Melinda Gates Foundation has donated $10m in emergency funds and technical support to help frontline responders in Asia and Africa deal with the growing threat posed by the virus. 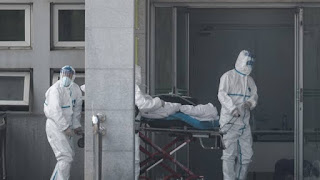 A statement released by the foundation on Monday disclosed that it was committing $5m to tackling the virus in China, and was already working with a range of Chinese public and private sector partners to accelerate national and international cooperation.
It further revealed that there will be international cooperation in areas of critical need, including efforts to identify and confirm cases, safely isolate and care for patients and accelerate the development of treatments and vaccines.
Others are various research institutes affiliated with the Chinese Academy of Sciences, Xiamen University and Sinopharm China National Biotec Group. 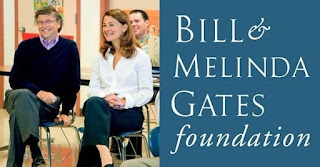 The foundation revealed that it would with immediate effect commit N5 million to assist the Africa Centre for Disease Control and Prevention in scaling up public health measures against coronavirus among African Union member states.
“These measures will include technical support to implement the screening and treatment of suspected cases, laboratory confirmation of 2019-nCoV diagnoses and the safe isolation and care of identified cases,” it said.
First reported in Wuhan City on the on December 31, 2019, Corona Virus (known as 2019-nCoV) has since been detected in 10 other countries, including Thailand, Japan, France and the US.
According to the World Health Organisation, there have been 2014 confirmed cases of 2019-nCoV, and at least 56 people have died from the virus.