The All Progressives Congress (APC) has earlier on Friday the 25th of September 2020 issued a suspension to the incumbent governor of Ekiti in person of Gov. Kayode Fayemi. The suspension was reported to have come for reasons of alleged and confirmed anti party activities in which the governor involved in. 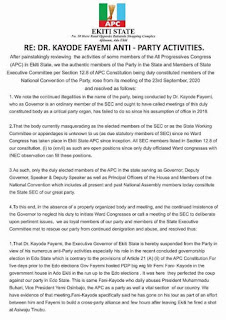 Below is a comprehensive list of the reasons for the suspension: 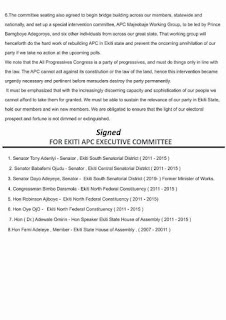 Recall that the Ekiti APC chapter led by the Gov yesterday announced the suspension of certain members of the party within the state. This Persons which many observers has alleged to be loyalists of Bola Ahmed Tinubu.